Independent Undertaker John O’Looney exposes what he experienced in his work as an independent undertaker, during the period that the UK government claimed the British Isles were a cauldron of death from a deadly virus identified as SARS-CoV-2.

What do you guys think about this!? 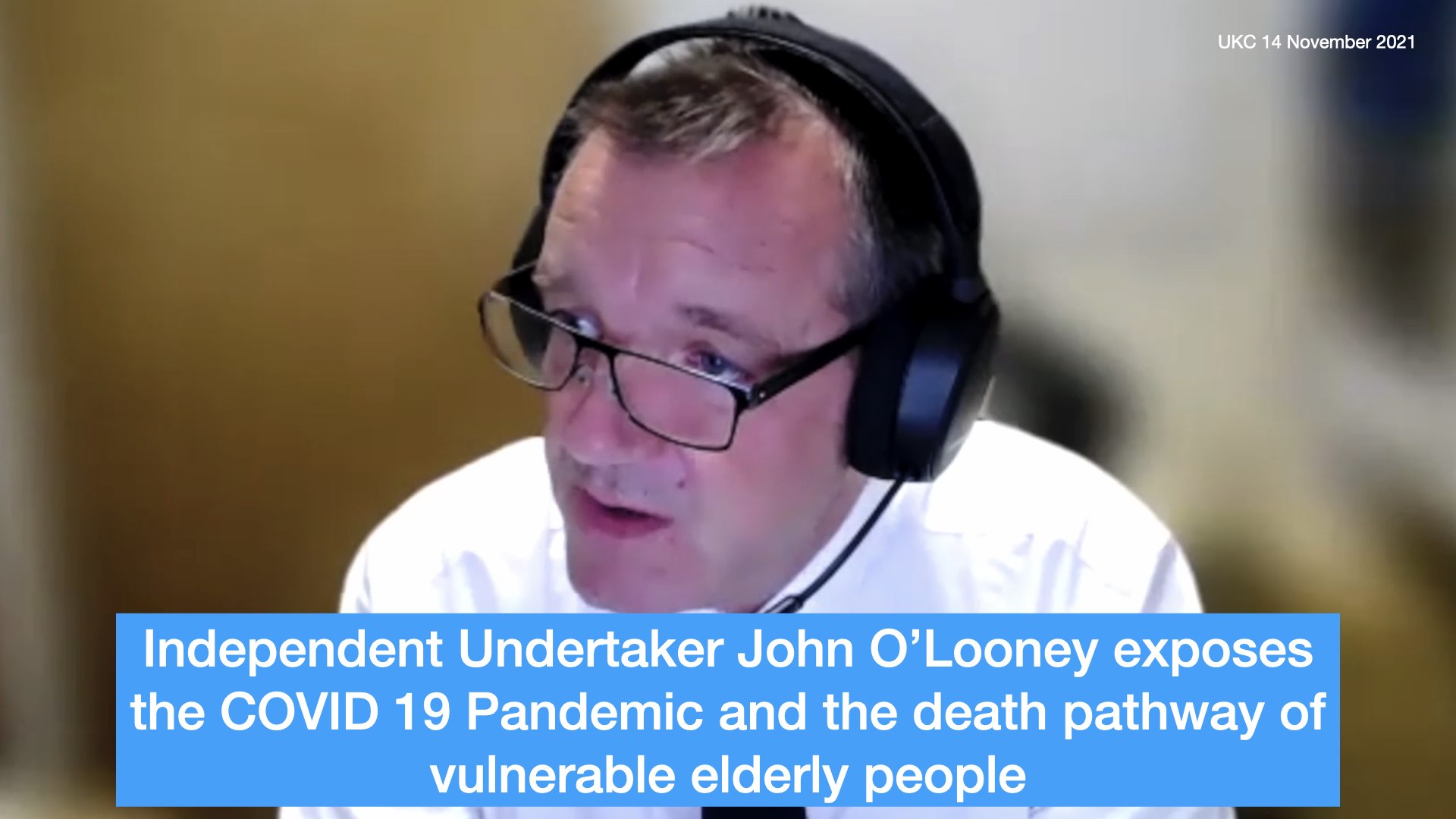 Speaking out on what he saw and experienced as a respected undertaker soon brought him into the spotlight of the media and others. The BBC was quick to encourage him to adopt their words and their protective clothing, to tell their version of the COVID ‘pandemic.’ John was soon to realise that his reality and that of the BBC and wider UK mainstream media, did not match. Speaking out alone and on social media soon cost him to be censured by professional bodies of the undertakers industry. Undaunted he carried on speaking out about what he knew and what he was certain the UK public needed to know. Elderly people were on a death pathway.

Alongside his personal experiences, John quickly engaged when Brian Gerrish revealed that the UK Column had been informed over the last few years, that a small number of other undertakers were breaking silence to speak out on the disturbing condition of the bodies of elderly people, and sometimes young children. Despite their concerns however, these individuals, from predominently family undertaker businesses, were too scared to report their evidence to the police.